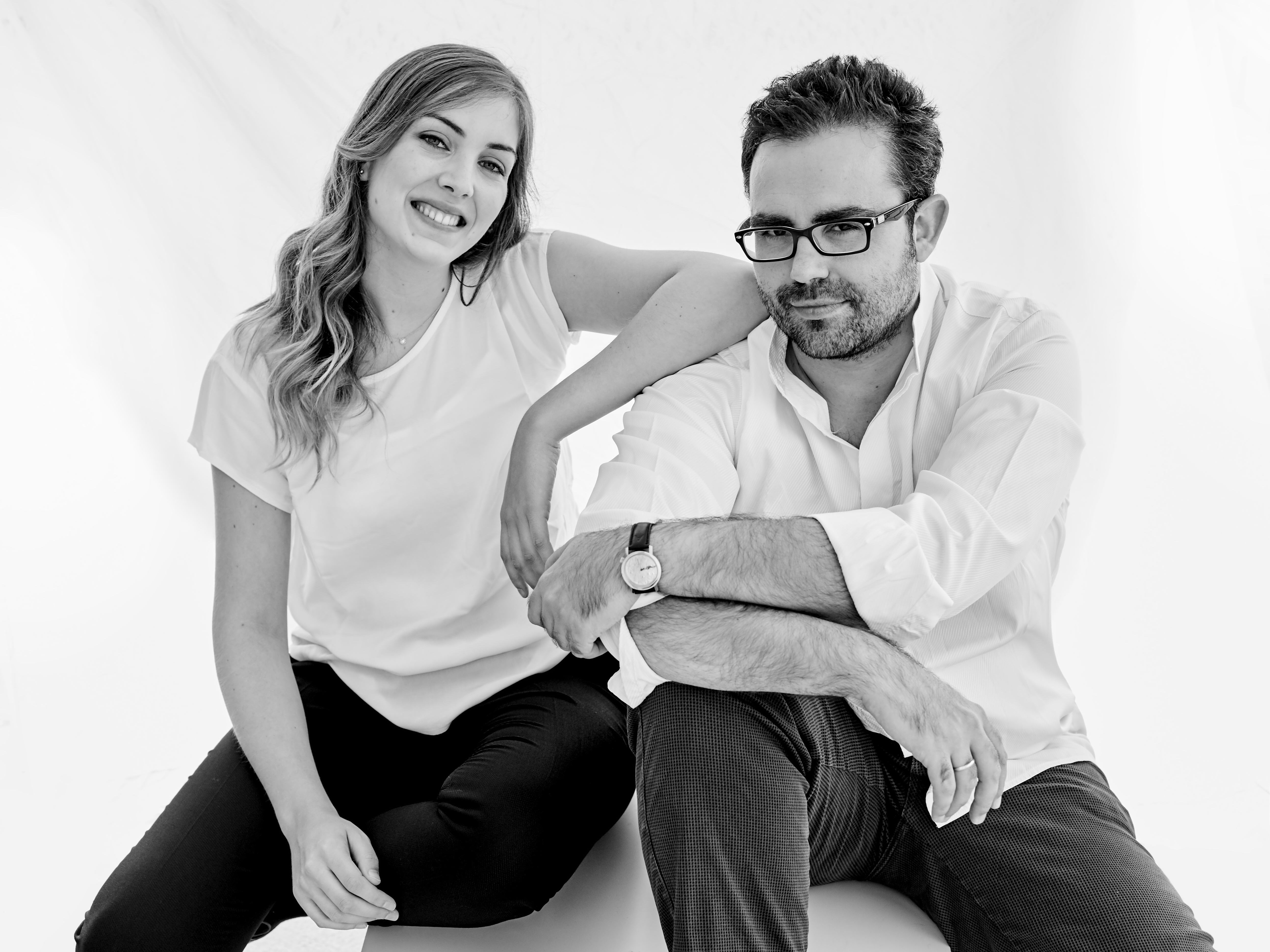 Iberian & Klavier piano dúo is undoubtedly one of the most attractive and international piano
duos today. Since its inception in 2009 the duo has performed recitals of piano four hands and
piano duo, with and without orchestra, in prestigious venues and festivals in UK, France, Portugal,
Italy, United States and several cities of Spain, always with a warm success of critics and
audiences.
On June 18, 2015 The Gabarrón NY Foundation presented Iberian & Klavier at New York Carnegie
Hall, in a concert to commemorate the 60th anniversary of Spain’s membership of the UN. . The
international press described the concert as “an extraordinary explosion of contemporary piano”.
Its broad and versatile repertoire ranges from Bach to the music of our days, offering more than
14 world premières of pieces written for them. I&K are deeply committed to the promotion of the
Spanish, Latin American and contemporary music, and its collaborations with other artists and
other arts such as dance are common as well.
The duo loves big challenges, such as the performance of the whole Beethoven Symphonies in
three consecutive days (project already presented in several Spanish cities) or a Monographic
Schubert in three concerts in a row.
Iberian & Klavier has made recordings for the Spanish Television and National Radio, Radio France
and the Österreichischer Rundfunk. In 2014 its first recording project, “Café 1930”, came into
light. In 2016 and already on his own record label ibe musik, I&K released “Bon Voyage”, a tribute
to composer Enrique Granados that combines his music together with works by Bach, Mozart and
Schubert. In 2017 the duo has recorded his new CD-DVD dedicated to the recovery of the
unpublished pieces for four hands piano by composer Francisco Alonso.
During the 2016-17 season I&K has offered recitals in Italy and in many Spanish cities, as well as
concerts with orchestras in Germany and Spain. Among his most recent and upcoming
commitments are recitals in Granada, Las Palmas, Madrid, Tres Cantos, Cádiz as well as
performances with the RTVE, Córdoba and Valencia Orchestras.
In 2018-2019, I&K piano duo will play at Rudolfinum Prague, Concertgebouw Amsterdam, they
will be presented in Asia and perform concerts in North America, Europe, and Spain, recitals and
with an orchestra as soloists.
Since 2016 Iberian&Klavier is Cultural Ambassador of The Gabarrón NY Foundation, Iberia
Classics’ Artist and Hinves Pianos’ Artist.